Why You Shouldn’t Support Mandatory Vaccinations 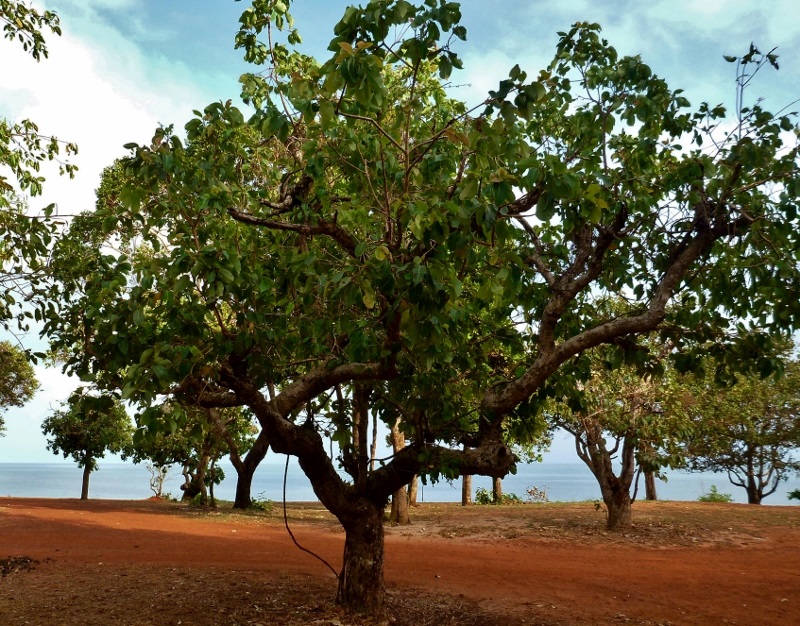 Lady apple is a highly variable tree found in coastal regions of Northern Australia. It can be found in Northern Territory, Far North Queensland and the Kimberly region of Western Australia. We found a butt load of Lady Apple trees on our trip up Cape York and found a cluster of ripe trees around Umagico. The scientific name is Syzygium Suborbiculare and common names include lady apple, red bush apple, native apple and forest satinash. It’s part of the Lilly Pilly family. The tree can be small and scraggly but in good conditions can be a medium sized shady tree. It produces edible red fruits up to 10cm in diameter. Fruiting starts around September and runs right through summer up to around March. The fruit are highly variable in size and shape. The fruit pictured below is quite regular and round. Fruit can be pronouncedly ribbed and have some lumpy nodes or flaps on the base. 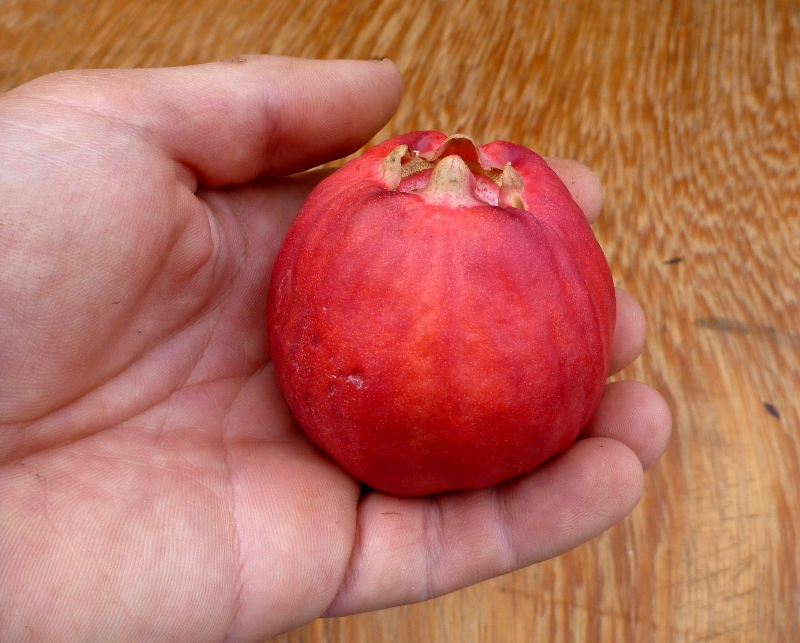 Leaves are large and oval shaped, shiny green on top and lighter green beneath. The shape of the leaf is also highly variable, sometimes being almost round and other times being more slender. 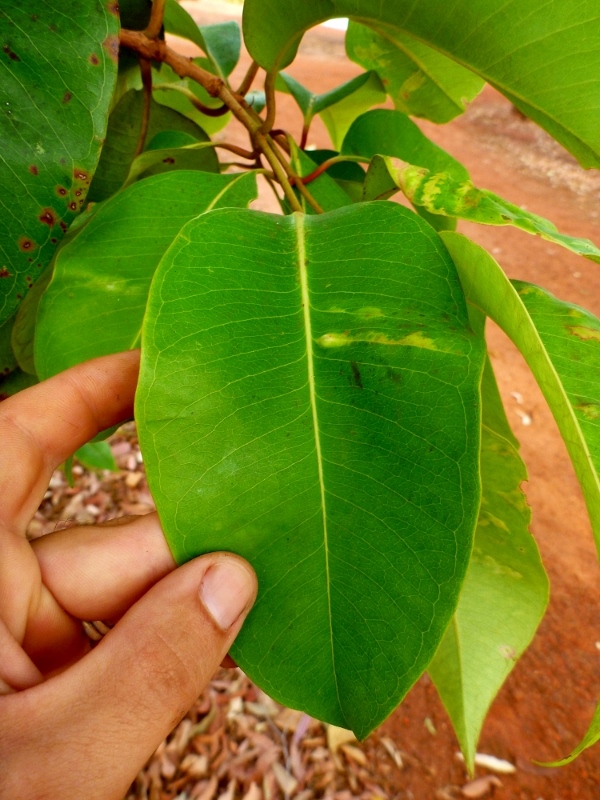 Often the fruit look like they’ve been attacked by grubs or something. The fruit are white when young and ripen red. The flowers are also white. 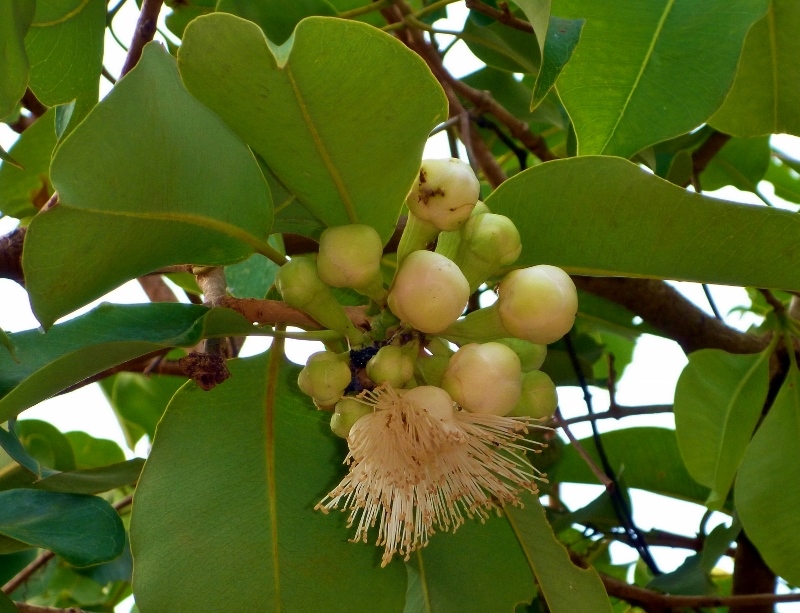 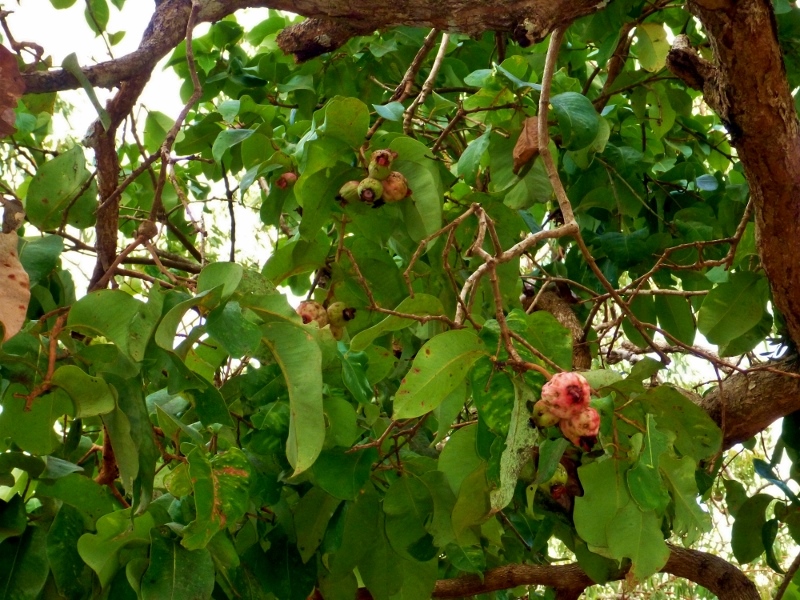 The fruit are white inside and have a large inedible seed. They taste quite acidic and tangy but with a hint of sweetness and little bit of domesticated apple flavour. The texture is crisp like a normal apple but a bit fibrous and somewhat aerated or spongy, less dense than normal apples. In season they can be found in abundance and are a nutritious bush food for the healthy conscious forager with good amounts of vitamin C. 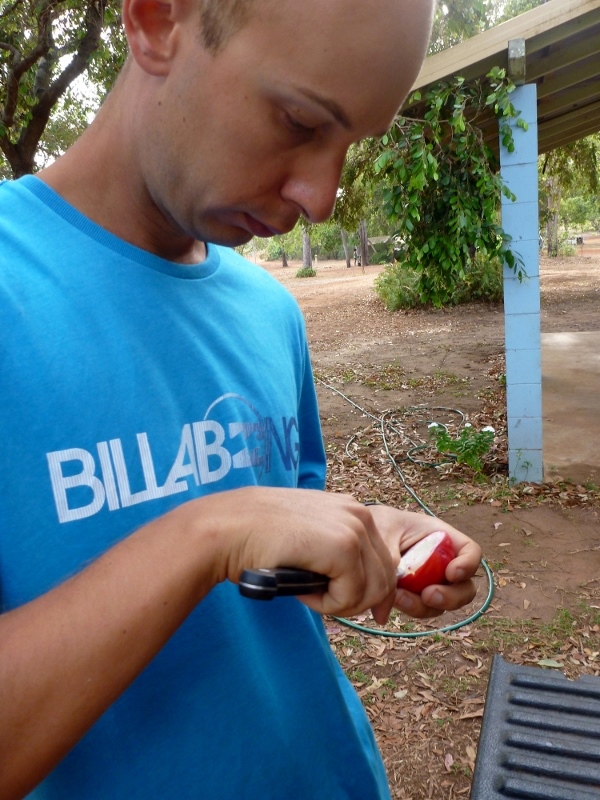 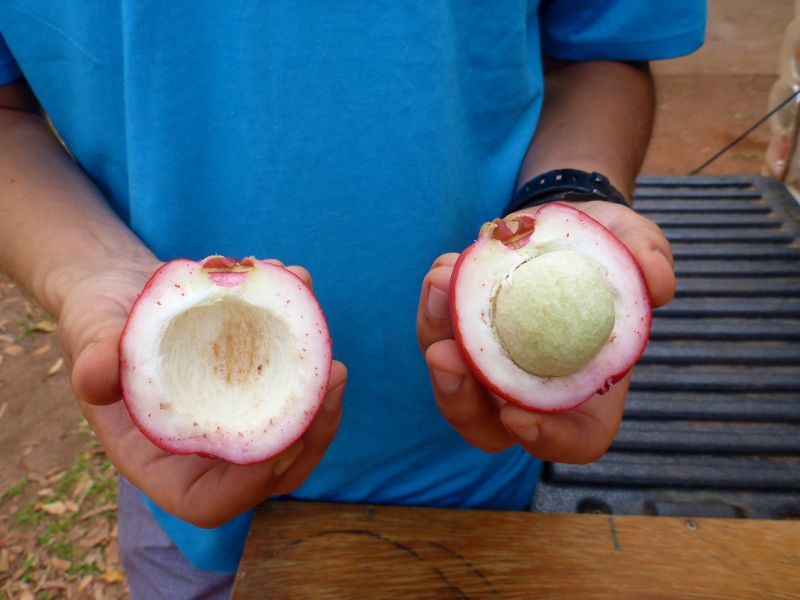 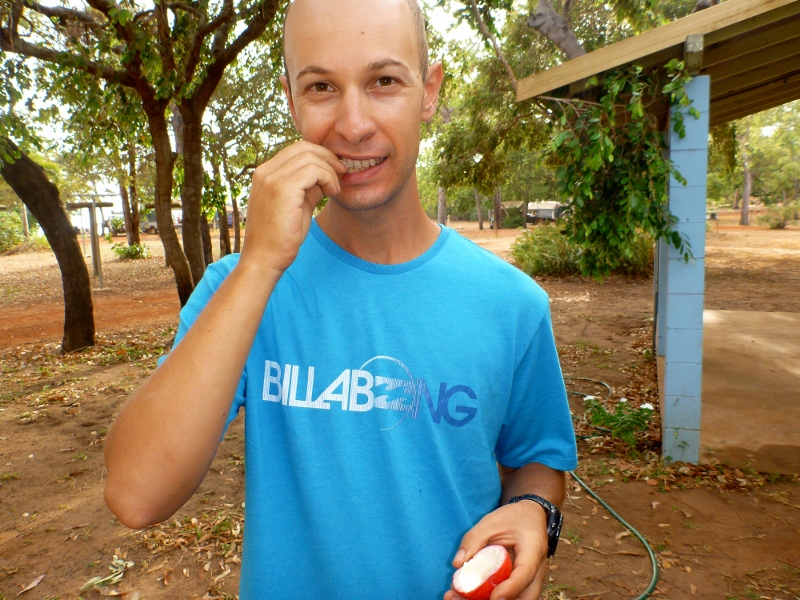 How to Make Hard Apple Cider